The ideal place to buy a good watermelon is at a farmer’s market. That’s because the farmers there know their business and can help you pick a watermelon they are proud of.

If you don’t have access to a farmer’s market, you can still pick up a delicious watermelon with these hints:

What country produces the most watermelons?

I wanted to grow some volunteer watermelons in my garden next year so I was looking for a watermelon with seeds. The only place I found one was at a farmer’s stand down the road. It was raised from seed in a local guy’s patch.

What happened to the seeds in watermelons and how in the world do “seedless” watermelons reproduce?

In the US, which state grows the most watermelons?

So, what role does pollination play?

So, now that you know about the lengths to which farmers and biologists have gone to engineer seedless watermelons, do you think it’s worth the effort?

I think there just might be something missing if there were no more fertile watermelon seeds to go straight from the fruit and into my garden.

Are there any other varieties of watermelon besides seeded and seedless?

Watermelons come in about 1200 varieties. They are classified into four groups: seeded, seedless, icebox (or mini/personal size), and yellow/orange. The Crimson Sweet is a popular seeded variety with deep red sweet flesh. There are also the unusual varieties like the Golden Midget, whose rind turns yellow as it ripens. There is a melon called the Cream of Saskatchewan, whose flesh is a creamy white color.

Which watermelon variety is more popular?

Now you know how to pick a good watermelon, the story behind the seedless craze, and some other varieties that you may consider growing in your garden next summer.

If you are a diehard watermelon lover like me, you’re probably fantasizing about all those whacky varieties right about now! 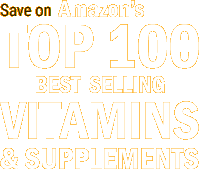