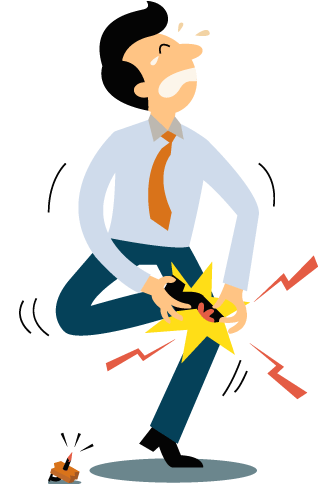 Tetanus (commonly known as lockjaw) is a very serious and potentially deadly disease, most commonly caused by dirty or severe wounds. The good news is that tetanus is highly preventable by staying up-to-date with immunizations. The bad news is, if someone begins showing symptoms of tetanus, antibiotics are of no help and the resulting pain and tissue damage can be horrendous and lasts for months… or even death.

Unfortunately, most of us never think about tetanus if we cut ourselves on something rusty.

What’s the deal with rusty nails and tetanus?

It is true that you can get tetanus after cutting yourself on a rusty nail, barbed wire fence or other piece of metal; but the rust has nothing to do with it. The fact is, objects with rust have probably also been contaminated with dirt and, possibly, human, pet, livestock or wild animal feces. It is in soil and dust that the bacteria associated with tetanus disease naturally lives. In fact, tetanus-related C. tetani bacteria may be on your skin right now!

Once the tetanus bacteria has made its way into your body through a burn, deep puncture or crush wound, animal bite or even dental or ear infection, it produces a toxin that can create havoc on your nervous system. It takes only a small amount of the tetanus neurotoxin to have a horrendous impact. And many cases today result from minor wounds since most of us seek medical assistance after major injuries.

Are there areas of the U.S. where tetanus is less of a danger?

How common is tetanus?

In the US, immunizations have brought the number of cases down from 500-600 in the late 1940s to approximately 30 a year. So, while tetanus has become far less common, the bad news is that the fatality rate is around 13%. Once symptoms have begun, there is no way to help the body remove tetanus toxin that’s bound to nerve endings. The best that current medicine can do is administer an antitoxin to 1) help the body remove unbound tetanus toxin and 2) provide immunity until a vaccination can create an immune response recognize and attack the problematic bacteria. Also, it is important to address damaged tissue, manage life-threatening muscle spasms, take steps to help prevent suffocation, address the high nutritional needs of the body as it becomes exhausted, and provide other supportive care. Tetanus cannot be transmitted from person to person.

Can someone get tetanus more than once?

If I’ve stayed current on my vaccinations, am I fully protected against tetanus?

While the majority of people who’ve become infected with tetanus never received the tetanus toxoid vaccination or did not stay current, 7% of those who’ve contracted tetanus had received their booster within the recommended 10 years. So, for virtually 100% protection, it is advised that we should get a booster if we sustain a significant or dirty wound and our most recent booster shot was more than 5 years ago.

How long after sustaining an injury can I wait before getting vaccinated or receive a booster shot?

Since antibiotics are ineffective against the tetanus toxin, staying current on your immunizations is important. Otherwise, as mentioned above, TIG antitoxin may be given to provide temporary immunity until the vaccination is able to induce immunity.

I can’t recall when I last had a tetanus shot. Is it dangerous to get a booster too soon or too often?

How can you know if you’ve been infected with tetanus?

Early symptoms may begin within 3-21 days of infection (most commonly around 8 days). Though symptoms of the 3 forms of tetanus may differ somewhat, the most common symptom is lockjaw followed by neck stiffness, difficulty swallowing and stiffness of stomach muscles. Spasms may continue for up to a month and complete recovery can take months.

Can animals get tetanus… or is it a concern only for humans?

So, where do YOU stand on your tetanus vaccinations?

If you can’t recall when you last received a DTaP vaccination (tetanus is commonly combined with diphtheria and pertrussis vaccine to help protect you against all three diseases with a single shot), or you’re pretty sure it has been more than 10 years ago, it’s important that you get a booster.

To learn much more about tetanus disease, along with the recommended vaccination schedule for children, visit this Tetanus Prevention, Symptoms and Treatment leaflet from the CDC. 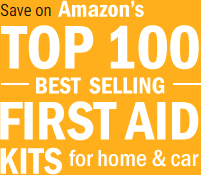